Now fully confident in his growing Rebel movement, Sharp Skills releases Revolution Music Volume 3. Sharp takes a different approach on this mixtape by using original production and verbalizing riskier subject matter. He speaks about what it means to be a boss, breaking up with a girlfriend, losing close friends, and racism. He even gives tid bits to his future plans for releasing a clothing line (Reignment Clothing) and teaching business and entrepreneurship. This mixtape was so potent that it caught the ear of Seattle Kube 93’s DJ Hyphen, who interviewed and featured Sharp Skills on his show Sunday Night Sound Sessions. Sharp was inspired to intertwine scenes from the movie Hoodlum and his music due to his mindframe at this time in his life, when he was having to play real life chess in the local hip hop scene. Something mobb boss Bumpy Johnson (from Hoodlum) was doing in his environment during his time, which was 1930’s Harlem. 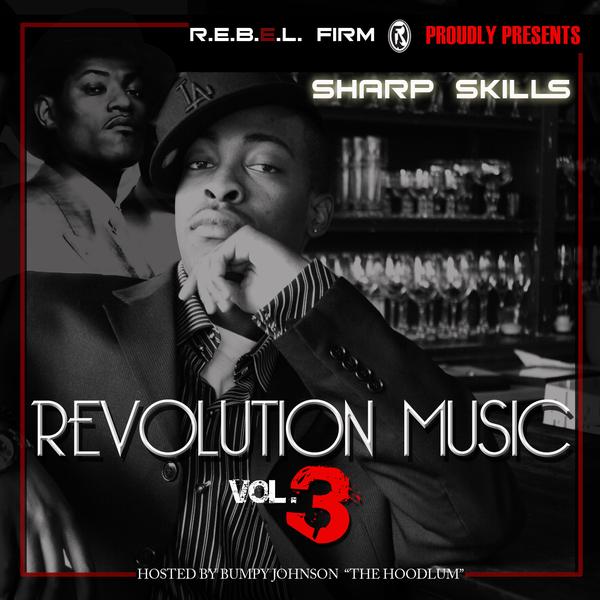