With a heightened and more focused sense of purpose, Sharp Skills delivers Revolution Music Volume 2. Sharp expands his subject matter to address topics such as his vision for the future, his goals, and the desire to be legendary within his sphere of influence. Picking up where Revolution Music Volume 1 leaves off, Sharp selected the hottest mainstream production of that time and effortlessly makes them his own. Inspired greatly by the figure William Wallace as portrayed in the movie Braveheart, Sharp Skills intertwines many of his songs with specific scenes of the film instead of going the traditional route of having a dj host the mixtape. 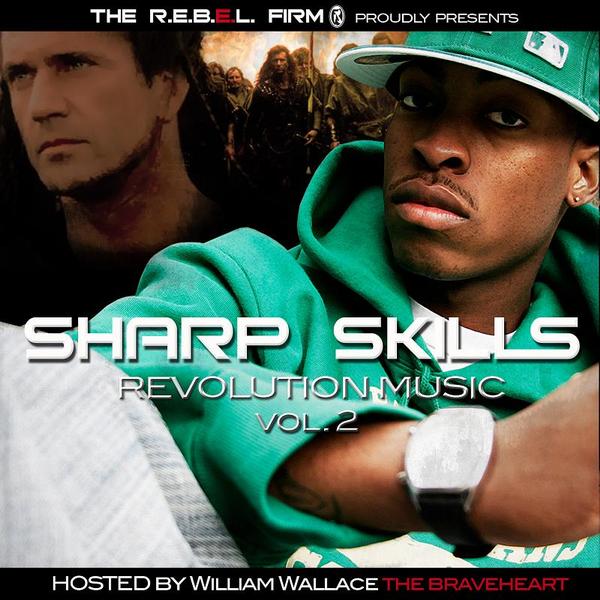