The Campaign is a ground breaking album, from the production to the subject matter, to date this album is considered some of Sharp Skills’ best work. The Campaign reflects Sharp Skills’ militant mindset for taking over new ground meant for him to dominate (similar to a military commander) as well as using the influence afforded to him wisely (similar to a public official running for office). This album is unique in that it crosses genres such as rock, pop, and funk while still staying very much hip hop. The Mountain Movement, arguably the best song on the album, was featured in the trailer for the film Takers. Something to Say features westcoast underground legend and Strange Music rapper, Murs. Completely produced by the music powerhouse Winona Drive Productions, this album will undoubtedly stand the test of time.

The Right Away Performance (The Campaign Release Concert) 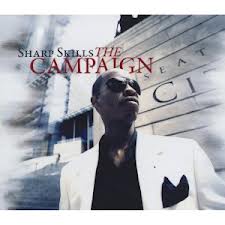