The Responsibility is Sharp Skills’ first album. This was Sharp in his rawest form with a gritty delivery, high lyrical intensity, and emotional/thought provoking subject matter. This album was released when Sharp was 19 years old and roughly a year after he buried his biological father and step dad (within 6 weeks of one another). Most of the album centers around Sharp’s spiritual awakening and his faith. Sharp Skills self produced half of this album because he couldn’t find producers who would keep their word about sending him beats. The G1 Anthem became the anthem of a movement in which many faith based emcess in the Washinton area came together to encourage and empower their respective communities. 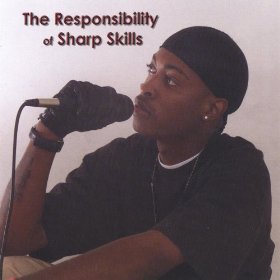